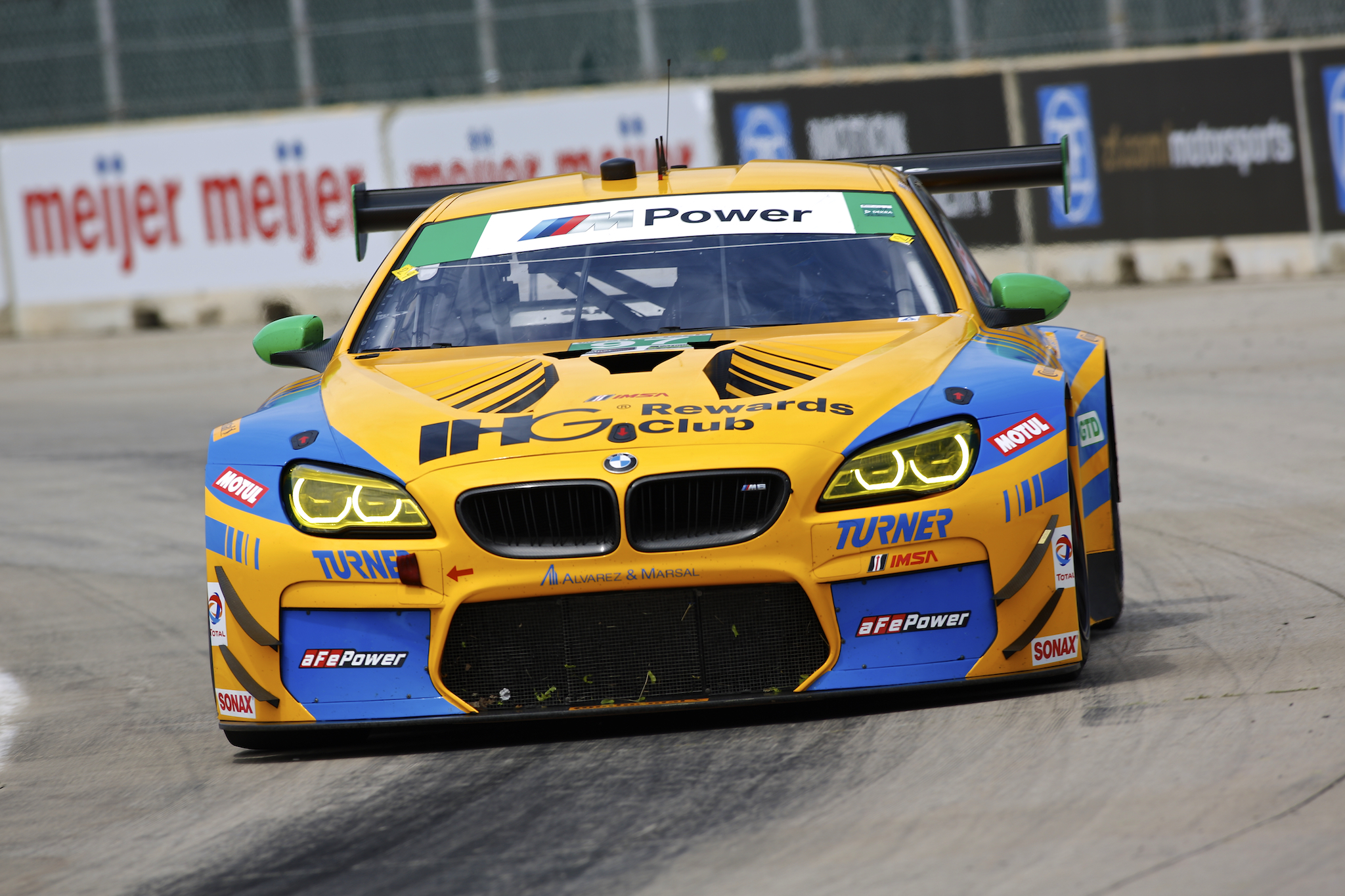 Amesbury, MA. — April 3rd, 2017 — Turner Motorsport prepares for round three of the WeatherTech SportsCar Championship which will take place on the streets of Long Beach, California this coming Saturday on the 1.96- mile 11-turn temporary road course.

The No. 96 Turner BMW M6 GT3 of Bret Curtis and Jens Klingmann is set for Saturday afternoon’s one hour and forty-minute BUBBA Burger Sports Car Grand Prix which marks one of the two shorter street races of the 2017 season.

The race also marks Curtis’s return behind the wheel of the No. 96 BMW M6 GT3 for the first time since Petit Le Mans last season. Curtis returns to co-pilot the No. 96 with Jens Klingmann for the eight “short” races in the 2017 WeatherTech Championship.

The duo of Bret Curtis and Jens Klingmann recorded two victories in 2016 with a win at Canadian Tire Motorsports Park and Circuit of the Americas.

“I’m really looking forward to getting back in the car with Jens (Klingmann) this weekend for the Long Beach Grand Prix,” Bret Cutis said. “The M6 was such a good car last season so I am optimistic that we will have some repeated success this season. To add to everything, the Long Beach Grand Prix is such an amazing event so it’s always exciting being able to race here.”

This year’s Long Beach Grand Prix will mark the first time the GTD class will be included in the event which adds to the already challenging weekend with very limited practice time prior to qualifying and the race.

“This will be the first time for me and the M6 GT3 on the streets of Long Beach,” Jens Klingmann said. “Street circuits are definitely a challenge for us, as we learned last year at Detroit but I think regardless we should have a relatively competitive car so hopefully we can use practice to get a proper setup on the car and run strong in the race.”

Most recently, Turner Motorsport campaigned two BMW Z4 GT3s on the Long Beach street circuit in 2015 in which Bret Curtis had his last appearance at this track.

“This event has always been something we looked forward to so it’s great that our GTD program is included this year,” Will Turner said. “It’s one of those events that we all look forward to, the atmosphere, crowds and venue are awesome so it think it’s only natural to have the GTD class included.”

On track action from Long Beach will begin on Friday April 7th for practice. WeatherTech Championship qualifying will begin with GTD at 8:20 EST on Friday. The BUBBA Burger Sports Car Grand Prix will begin at 4:05 PM EST on Saturday, April 8th and will be televised LIVE on Fox beginning at 4:00pm EST.

Tune into Turner Motorsport on Social Media for all the behind the scenes look into the event as well as the up-to-the-minute updates throughout the race.

Turner Motorsport is the leading BMW tuner in North America, bringing technology and expertise from the racetrack to the street for over two decades. Since 1993 the Turner Motorsport Team has competed in over 353 professional races, winning seven professional racing championships in four different series since 2003. The most recent being the 2014 Team Championship in the GTD-class of the TUDOR United SportsCar Championship. Their success is passed into every component that Turner Motorsport designs and sells through their comprehensive website and performance showroom. Our Race Team, R&D Engineers and Sales Team work together, ensuring practical knowledge and state-of-the-art engineering flow in both directions. Few companies in North America can claim such a close relationship to what they sell and what they race.